YOU COULD WIN: FOOD CONTEST

Attention foodies: Be sure to stay tuned to Abbey’s Kitchen for the release of tomorrow’s Webisode, My Ultimate Grilled Cheese.

To celebrate National Grilled Cheese Day, April 12, Cheesewerks and I are hosting a really fun contest to help you indulge in your cheesy childhood pleasures. Beginning tomorrow, and ending at 5 PM on Sunday April 14th, if you follow the following steps, you will automatically be entered into a draw to win a $25 gift card to Cheesewerks in Toronto!! Here’s what you have to do:

Okay, back to the cabbage. Last month was St. Patty’s Day, and while I chose to celebrate the actual holiday with friends at my friends’ official #KingsmountKitchenParty, I still knew I wanted to bust out a little St. Pats themed meal at home. Now, aside from green stuff, when people think of Irish food, they tend to be drawn to corn beef, potatoes and cabbage. But how easy is it really to whip up a huge corn beef supper for two? Not so much. That’s why instead, I opted to just go for a good quality deli-meat, throw it in with some sauteed potatoes, onions and bell peppers, slap a little fried egg on top and call it corn beef hash. The result? Two massive thumbs up.  And while it’s hard to compete with diner food, I think this side dish accomplishes just that.

I love cooking cabbage because it’s incredibly cheap, you get boat loads of the stuff, and it has a really satisfying texture. It also lends itself nicely to fruity tangy flavours, which tend to me my favourite way to eat.

This recipe features the Magner’s Pear Cider I picked up from the Yorkshire Valley Farms #ChicknDip event I went to a few weeks back.  I knew that obviously alcohol, especially an Irish cider like Magners, would be a natural complement to the St. Patty’s day theme but also that the gentle pear flavour would play up the aromatic caraway seed flavour really well. Throw in a few tasty pears I had already in the fridge and a little whole grain mustard for spice, and I knew it was going to be a great dish.

So in an interest of letting you get to chopping that cabbage, this is what I did: 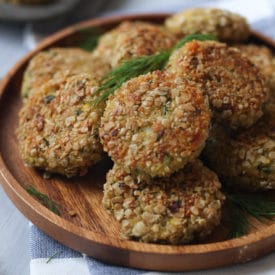 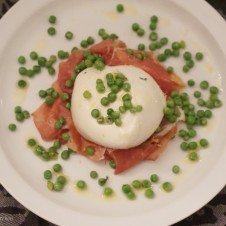