Home » Recent Posts » Motherhood » The Truth about Drinking Alcohol While Breastfeeding: Will it Harm My Baby?

We review the evidence on drinking alcohol while breastfeeding to determine if it will harm your baby or your milk supply.

Coffee isn’t the only thing that keeps me sane these days. As a new mom and business owner, my life can get a bit overwhelming, which means that I occasionally reach for a glass (or two) of wine to help me unwind after a long day! Whether it’s with my husband, out with friends, or just some well deserved me-time, I can drink guilt-free knowing that my milk stays safe and nourishing for my baby. I know I’m not alone here, ladies! Approximately half of women in Western countries consume alcohol while breastfeeding, and 20% of women in Canada do so as well.

What we’ve heard about the relationship between alcohol and breastfeeding has been…somewhat of a rollercoaster. Some encourage light alcohol intake during breastfeeding, claiming that it stimulates more milk production for the baby, while others choose to follow the “pump and dump” method, which is exactly what it sounds like. After drinking alcohol, the belief is you must “pump” your milk out, and then “dump” it down the drain because apparently the alcohol seeps into your breast milk and is harmful to babe. To say the least, us women have received a ton of mixed messages on the topic, not to mention a lot of shaming if we choose to indulge. A recent review found that 10% of women were warned against drinking alcohol while breastfeeding by healthcare professionals, while 43% were told it was beneficial. Confused yet?

Rest assured that I’m here today, with a drink in hand, to gather and present some evidence that dispels the myths and gets past the “taboo act” of drinking alcohol while breastfeeding.

So first and foremost: why the stigma? A lot of the confusion comes from the tendency to treat drinking alcohol while breastfeeding as the same as drinking during pregnancy. This has historically been the case with word-of-mouth advice, and even in some studies where they blend these two life stages together when studying the effect of alcohol. The underlying physiology during breastfeeding is totally different from pregnancy – so comparing the two is like comparing apples and oranges. It doesn’t make sense.

In pregnant women, the alcohol passes straight from mom’s bloodstream into the placenta and ultimately can do damage in excess, so it’s definitely recommended to limit or avoid it (click here for a list of other pregnancy foods to avoid). However, when breastfeeding, the metabolism of alcohol and its transfer into the breast milk is a different process.

So what happens? Is it drinking alcohol while breastfeeding harmful? Let’s jump in and find out.

Does Drinking Alcohol While Breastfeeding Harm your Baby?

Before we talk about the health impacts, let’s talk about how much alcohol your baby actually gets through breast milk. To ease your mind before we get into the details, the short answer is: very, very little.

A comprehensive review of forty one studies found that that the average amount of alcohol infants ingest through breast milk is so little that it’s pretty much negligible. When you treat yourself to a drink, alcohol passes into your breast milk in the same concentration that is found in your blood.

Let’s say you were to go full “treat yoself” mode and down four margaritas at the next BBQ. Your blood alcohol concentration would be, on average let’s say, at 0.08%, meaning your breast milk will only contain 0.08% alcohol. To compare, that’s less than some fruit juices, which can contain up to 0.1% alcohol from fermentation! Be careful not to confuse alcohol content in breast milk with your baby’s bloodstream. Just because your milk has 0.08% alcohol doesn’t mean your baby’s blood alcohol concentration will be that amount too. Using the same scenario, if you were to breastfeed 4 oz at your tipsiest state after the margaritas, the baby’s blood alcohol concentration would just be 0.005%. He would have so little alcohol in his bloodstream that it would be clinically insignificant. This is a fancy way of saying it’ll have minimal impact on babe.

Even if you’re still not comfortable with the presence of alcohol in your breast milk, there’s no need to pump and dump. Studies show that the alcohol content in blood peaks at 30-60 mins after drinking, and then as your body breaks it down, it will decrease in concentration in the milk. So even if you’re really concerned, you can simply wait a bit before feeding. No need to waste good milk! That’s liquid gold as far as I’m concerned.

Still not convinced? Here are some moms who’ve actually done it.

what the research says

This study of 457 women found that over 60% of participants drank alcohol while breastfeeding at eight weeks and twelve months postpartum. They mostly kept it easy and stuck to less than three drinks per occasion, and less than fourteen drinks per week. That’s still probably more than a lot of woman, nursing or not, drink. Researchers found no association to the baby’s health status and overall development.

THE EFFECT OF ALCOHOL on Lactation

So we know that alcohol during breastfeeding is not directly harmful to the baby, however, some research indicates that it is associated with shorter feeding periods. This study specifically looked at how and why babies drink less – they concluded it’s not a change in the milk flavour, but rather, the mom is simply secreting less. Why is this so?

Us lactating moms have two major hormones to help us: prolactin to stimulate milk production, and oxytocin to release milk. These two work synonymously, like two peas in a pod (sorry, bad mom joke). Studies, like this one, suggest that alcohol inhibits the role of oxytocin in the mom, resulting in a decreased overall breast milk release. However, it’s important to note that it could be related to the amount of drinks, as these researchers found this effect only when mothers had more than 2 drinks a day.

Another study also emphasized that the energy and nutrient content of the milk remained the same, regardless of alcohol in mama or not. Milk’s still good, people! Though the babies drank less right after mom had some drinks in her, they may have compensated for it at later feeding periods. We’re all born with internal hunger cues, and babies are actually the most responsive to them. What they don’t drink today, they will most likely make up for tomorrow.

I also want to emphasize these studies concluded it was still safe to drink alcohol. It was also emphasized that special recommendations aimed at lactating moms are unnecessary. Yes, the feeding periods were shorter, but definitely not to any significant amount that would lead to malnourishment.

THE EFFECT OF ALCOHOL on Baby’s Sleep

When you talk to new parents, the topic of sleep is guaranteed to come up. Sometimes it seems like my whole life schedule revolves around when and how long my son snoozes!

Research is saying yes, but only to a certain degree. This study found that breast-fed infants experienced less sleep after exposure to alcohol in their mom’s milk, compared to infants with regular milk. However, this effect only lasted for three and a half hours after feeding time. It’s important to note that the babies compensated by sleeping more in the next twenty hours. At the end of the day, all babies have similar sleep patterns, and any short-term effects balance themselves out!

So go ahead and drink away ladies. Just because your sleep suffers as a new mom doesn’t mean your babies’ sleep has to.

Tying it all Together

I must note that these studies were generally short-term. There’s currently minimal studies on the long-term effects of drinking while breastfeeding, so I really can’t speak to that. What I will say though, is that the research we examined today did very, very thorough investigations into this topic. We concluded that no specialized drinking guidelines were needed for lactating women.

So what does this all mean?

It means us moms are just like regular people, so we can follow the regular people guideline of two drinks a day and ten drinks a week, guilt-free. You might notice some small differences afterwards. Such as shorter periods of feeding and shorter sleep times right after feeding, but it’s really nothing to worry about! Your baby will go through cycles of these anyway, and they’ll make up for it another time.

Even though the literature to date suggests that drinking alcohol while breastfeeding is ultimately safe, you still don’t want to overdo it. Getting drunk and handling your baby increases the risk of falls and other accidents. You also want to make sure to never bed share with your baby when you’ve had anything to drink. It may impair your ability to judge your surroundings and keep baby safe in bed.

Look, I’m not here to push alcohol on anybody. I’m all for listening to your body and eating and drinking what you like. If alcohol is not part of your palate, that’s totally cool. Today my goal was to dispel the myths and remove the unnecessary and problematic shame that some may feel when they choose to drink alcohol while breastfeeding. With this in mind, feel free to kick back and relax with a drink in hand! I know I will be.

Now I want to hear from your guys!

Did you drink alcohol while breastfeeding?

Did you or your babe experience and side effects? 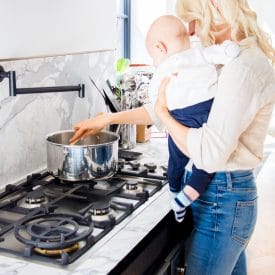 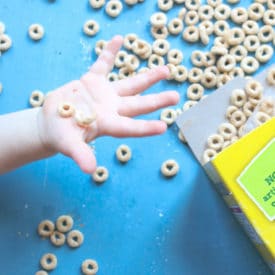 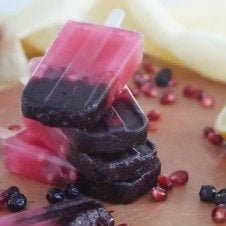 This website uses cookies to improve your experience while you navigate through the website. Out of these, the cookies that are categorized as necessary are stored on your browser as they are essential for the working of basic functionalities of the website. We also use third-party cookies that help us analyze and understand how you use this website. These cookies will be stored in your browser only with your consent. You also have the option to opt-out of these cookies. But opting out of some of these cookies may affect your browsing experience.
Necessary Always Enabled
Necessary cookies are absolutely essential for the website to function properly. This category only includes cookies that ensures basic functionalities and security features of the website. These cookies do not store any personal information.
Non-necessary
Any cookies that may not be particularly necessary for the website to function and is used specifically to collect user personal data via analytics, ads, other embedded contents are termed as non-necessary cookies. It is mandatory to procure user consent prior to running these cookies on your website.
SAVE & ACCEPT
434 shares