In part one of this series on bariatric surgery, we discuss the common types of weight loss surgery, their pros and cons and discuss the pre and post-surgery diet and lifestyle changes.

The following blog post is an introduction to bariatric surgery to set the stage for my follow up blog post on the risks and potential benefits of surgery. This is not intended to be a promotion of weight loss surgery and does not reflect any of my personal or professional opinions on it as a dietitian.

What is Bariatric Surgery?

Bariatric surgery is used to physically limit the amount of food the stomach can hold, which limits the number of calories you can eat.

Bariatric surgery is used to shorten or bypass parts of the small intestine, which reduces the amount of calories and nutrients the body absorbs.

Who is a Candidate for Bariatric Surgery?

A person must meet a certain criteria to be eligible for any weight loss surgery.

This may vary slightly from clinic to clinic but typically, a person can be a candidate for bariatric surgery if: 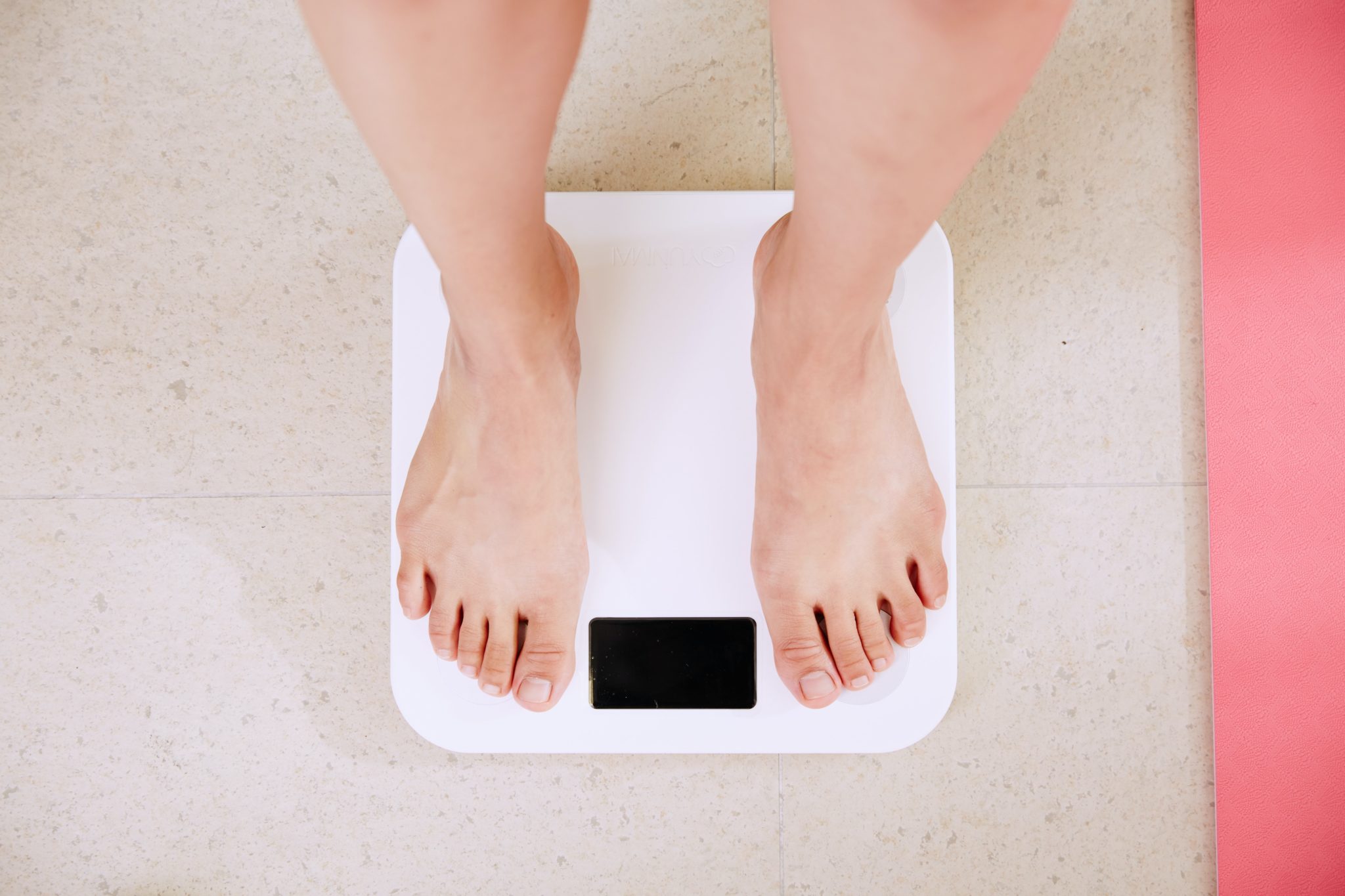 There are four common types of weight loss surgeries and within that list, there are a few that are more popular than others because of their weight loss outcomes and complication rates.

to the International Federation for the Surgery of Obesity and Metabolic Diseases (IFSO) the Roux-en-Y Gastric Bypass (RYGB) is the most commonly performed procedures. In a RYGB operation, the surgeon separates the upper portion of the stomach from the lower portion. The upper portion of the stomach becomes a small pouch which is the only part of the stomach that receives food. This new stomach pouch limits the amount of foods that you can comfortably eat and drink at one time, so you eat less. Once the small pouch is created, the surgeon then reroutes the digestive system to bypass the larger part of the stomach and instead is connected to the new pouch. Food will then flow directly from the pouch into this new part of the intestine. Because food now bypasses a portion of the small intestine, fewer nutrients and calories are absorbed resulting in your body taking in a lot less energy.

In this operation, also known as Lap Band, the surgeon wraps a small adjustable silicone rubber band around the upper portion of the stomach. The band decreases the functional size of the stomach, turning it into an hourglass shape. The food you eat quickly fills the pouch and then empties very slowly through the constriction created by the band, just like sand passing through an hourglass. An access port is placed under the skin of the abdomen, where a tube connects the port to the band. A few weeks after surgery, the surgeon will inject saline through the port to inflate the lap band or will remove the fluid to deflate the lap band depending on what’s needed. The gastric band basically restricts the amount of food your body can hold so you feel full sooner. Contrary to the RYGB operation, the Lap Band surgery does not interfere with the digestive system so it does not reduce the absorption of calories and nutrients.

The advantages of Lap Band is that it induces excess weight loss of 40-50 %, requires no cutting of the stomach or rerouting of the intestines, it’s reversible, has the lowest rates of postoperative complications and has the lowest risk of vitamin and mineral deficiencies. The disadvantages of Lap Band is that some patients fail to lose at least 50% of excess weight and this procedure has the highest rate of re-operation because of the band slipping or eroding in the stomach. 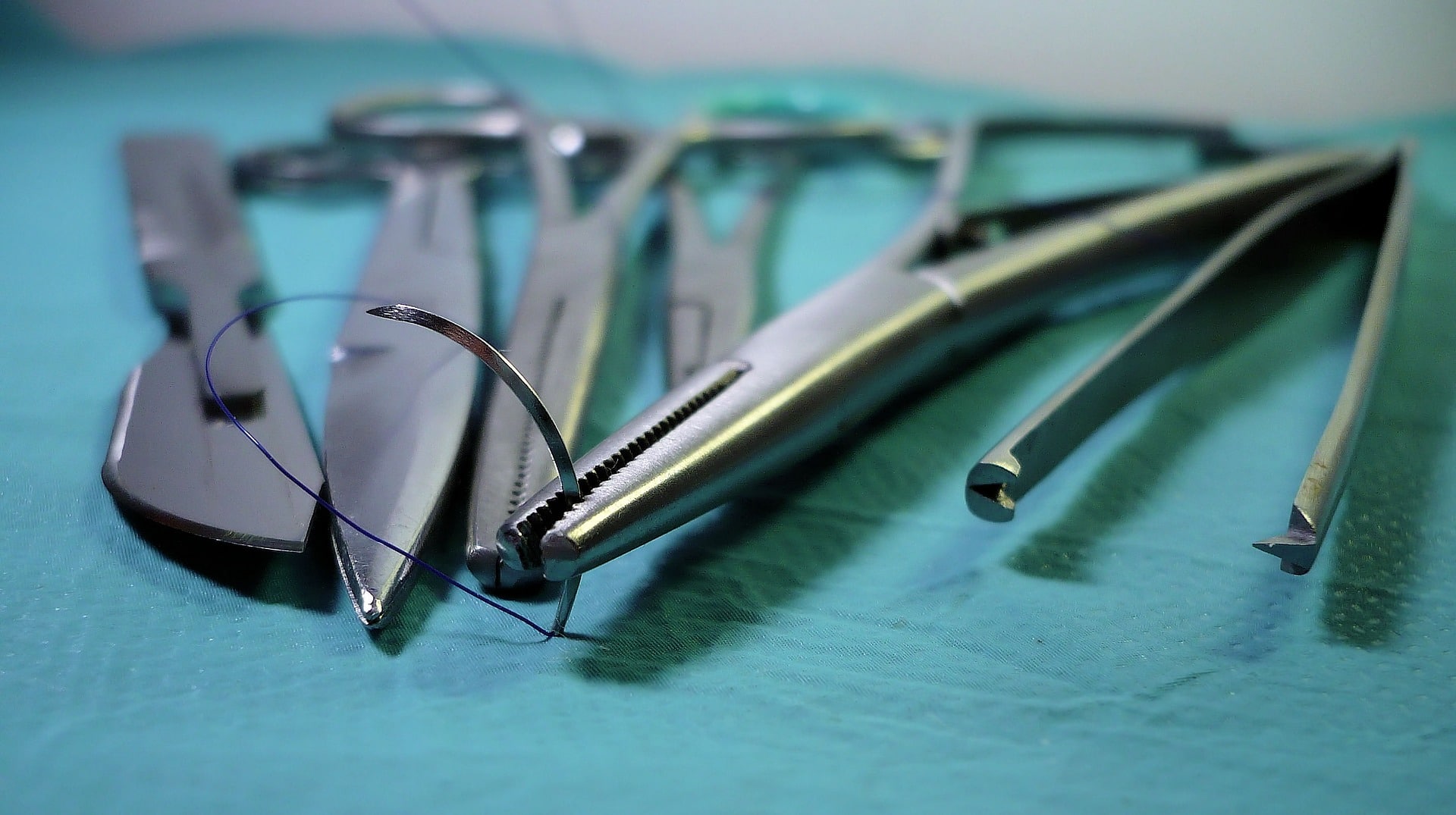 to the International Federation for the Surgery of Obesity and Metabolic Diseases, Sleeve Gastrectomy is the second most commonly performed procedures. In this procedure, a surgeon removes a portion of the stomach, making it roughly the size and shape of a banana. This surgery is seen as a more simpler version of RYGB because it doesn’t involved rerouting or reconnecting the intestines. Since the new banana shaped stomach is a lot smaller, it can’t hold as much food. The surgery also removes the portion of the stomach that produces the hormone, ghrelin, which reduces your desired to eat.

In most cases, patients must lose some weight before their surgery to reduce the amount of fat in and around the liver and abdomen to prevent complications. If enough weight is not lost before a patient’s surgery, the procedure may be cancelled or postponed. A large scale study found that weight loss of 9.5% before RYGB was associated with a marked reduction in postoperative complications like leakage or infections. Weight loss before surgery has even been shown to shorten the time of the actual surgery. Losing weight prior to surgery is thought to not only improves surgery outcome, but also to prepare the patient for the new way of eating after surgery. 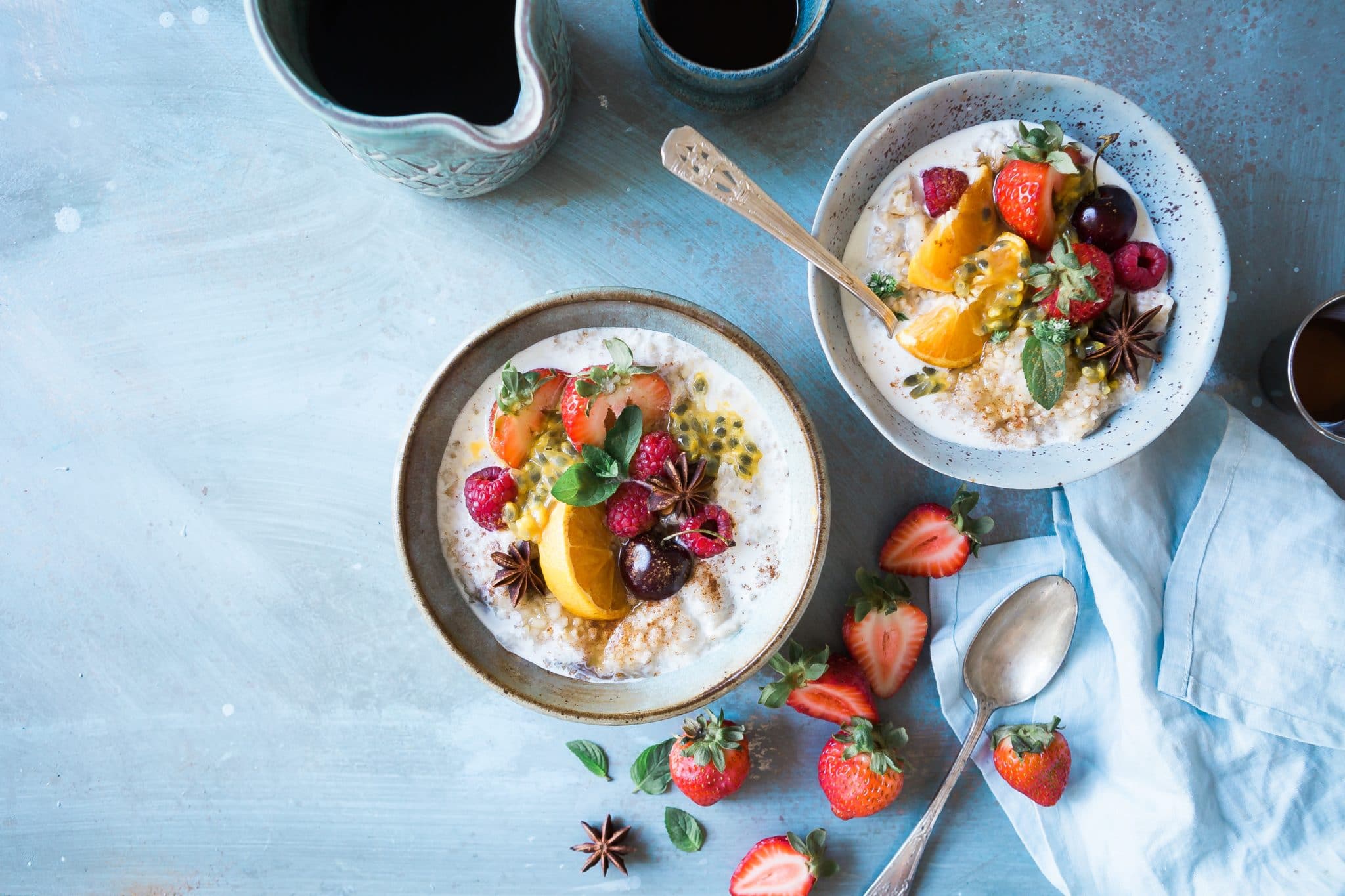 To prepare for a patient’s postoperative diet, patients must learn new eating techniques because of structural changes made to their digestive system. There is still no consensus on the duration and the macronutrient distribution of a preoperative diet. Some research has found a low carbohydrate diet is more effective than a low fat diet for short term weight loss, improved insulin sensitivity and a reduction in lipid concentrations, but it is generally a very individual thing.

According to the American Society for Metabolic and Bariatric Surgery, a preoperative diet should last no more than three months to maintain high compliance rates among patients. While research has seen the benefits of short term weight loss before surgery, there is still not much evidence on the long term outcomes or risks. We can, however, extrapolate it from the general population and assume that there are many serious risks.

For the first week, patients are put on a liquid diet where they’re only allowed to drink a few ounces of clear liquids at a time. Some of these liquids include fruit juice, broths, coffee/tea and flavoured water. Fluid is especially important after surgery for the recovery process because dehydration is one of the most common reasons for patient’s re-admission after surgery. 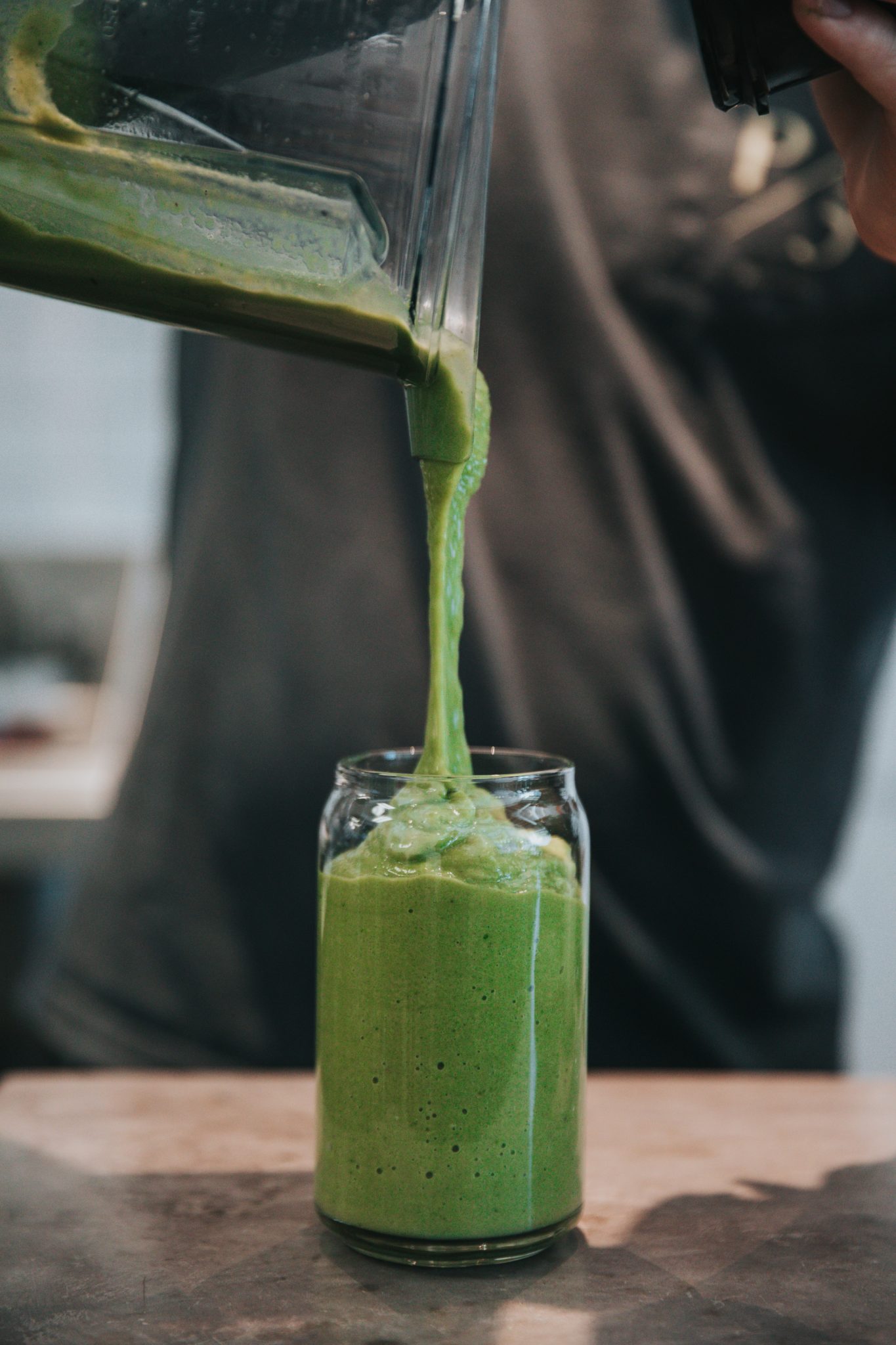 Once it’s been one month, patients can start to slowly introduce solids into their diet. It’s important patients keep solids and liquids separate and to always include one protein-rich food serving at each meal and snack. It’s recommended to avoid red meat for the first six months after surgery. It’s also recommended to avoid all raw vegetables for the first three months after surgery. Instead you have to remove the skin and cook vegetables. All fruits should be peeled, cored, baked and pitted.

This is the final phase of the postoperative diet which is designed to help patients maintain their weight once their weight loss goal is achieved. It’s recommended to drink 1.5-2 liters, eat three small meals and snacks a day and get around 60-80 grams of protein per day for prevent lean muscle loss and protein deficiency.

To prevent overfilling the stomach pouches, patients can only handle a small amount of food at a time, so it’s recommended they have three small meals and three small snacks a day.

After surgery, patients can’t drink water or fluids at the same time as eating food because it can cause nausea or discomfort. Water and fluids should be avoided for 30 minutes before and after your meal or snack.

To aid in digestion, patients should take small bites and chew each food fully before swallowing.

Patients must avoid foods high in sugar and/or fat because these may cause dumping syndrome (we’ll discuss dumping syndrome in a bit). They’re also generally avoided because they’re high in calories and low in nutrients which can hinder their weight loss goal.

Depending on the surgery, most patients must take a lifelong daily supplement to prevent vitamin and mineral deficiencies (we’ll discuss this in part two). It’s recommended that patients take a multivitamin and/or other specific vitamins or minerals and get routine blood tests to assess for serious nutritional deficiencies. 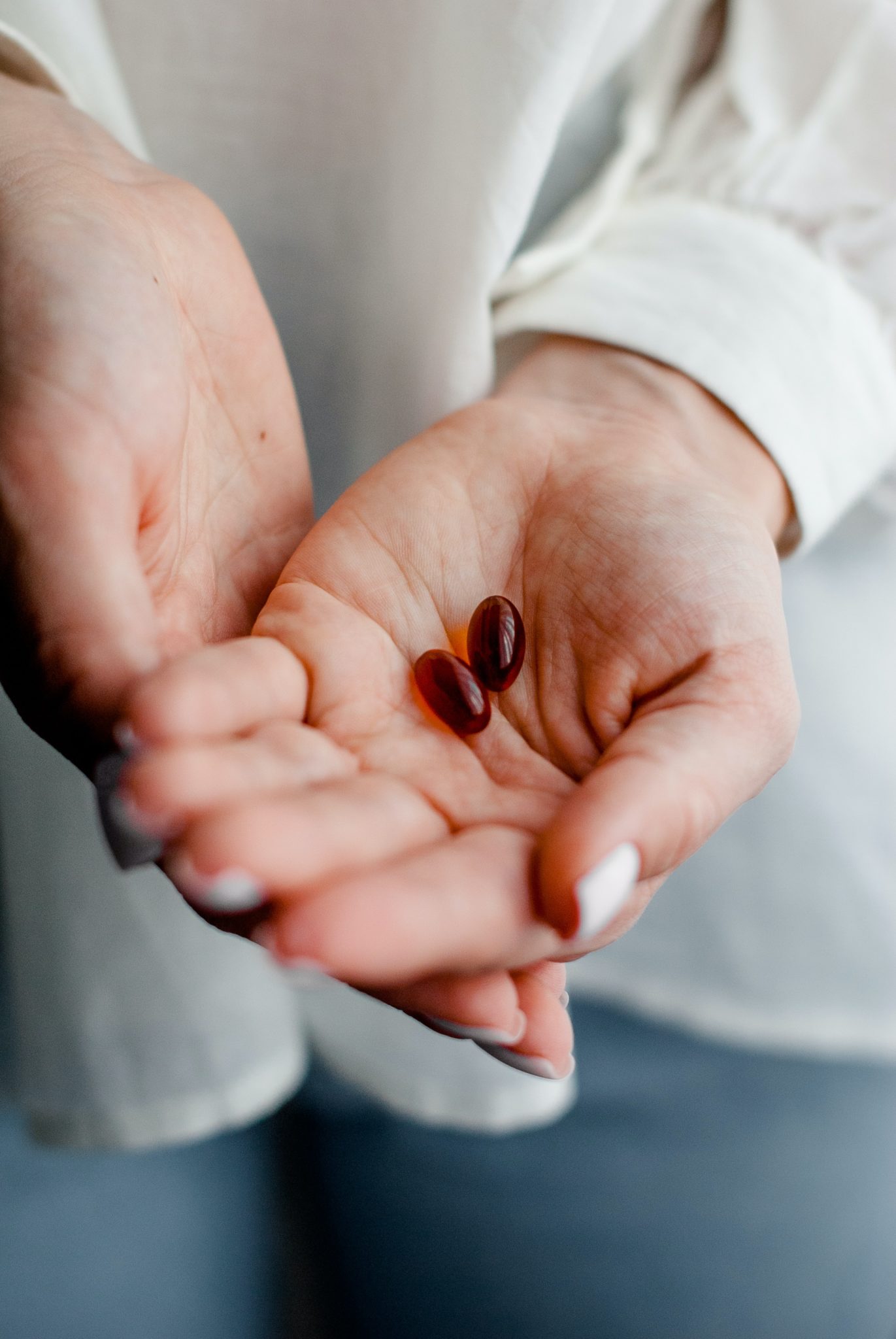 Many patients that get bariatric surgery are already living with severe health problems like diabetes, hypertension and/or high blood pressure, so they may require certain medications to manage their condition. After surgery, these drugs may be absorbed differently, depending on the bariatric procedure. Sleeve Gastrectomy and Lap Band surgery usually do not affect absorption, while RYGB and Duodenal Switch result in major changes in absorption. Because of these changes, some medication may need to be taken differently (crushed, injectable or chewable) or their dosages may be changed.

Once a patient is fully recovered, it is recommended that they start to slowly incorporate physical activity into their lifestyle. It is recommended they get 150 minutes of moderate activity each week in the form of aerobic and resistance exercise.

Bariatric surgery is considered a major surgery and can have a significant impact on a person’s mental health. While some patients feel more confident in their body, others have difficulty adjusting to the dietary changes and the rapid change in appearance. To mitigate this risk, patients must meet with a psychiatrist or psychologist before surgery and after, if necessary. 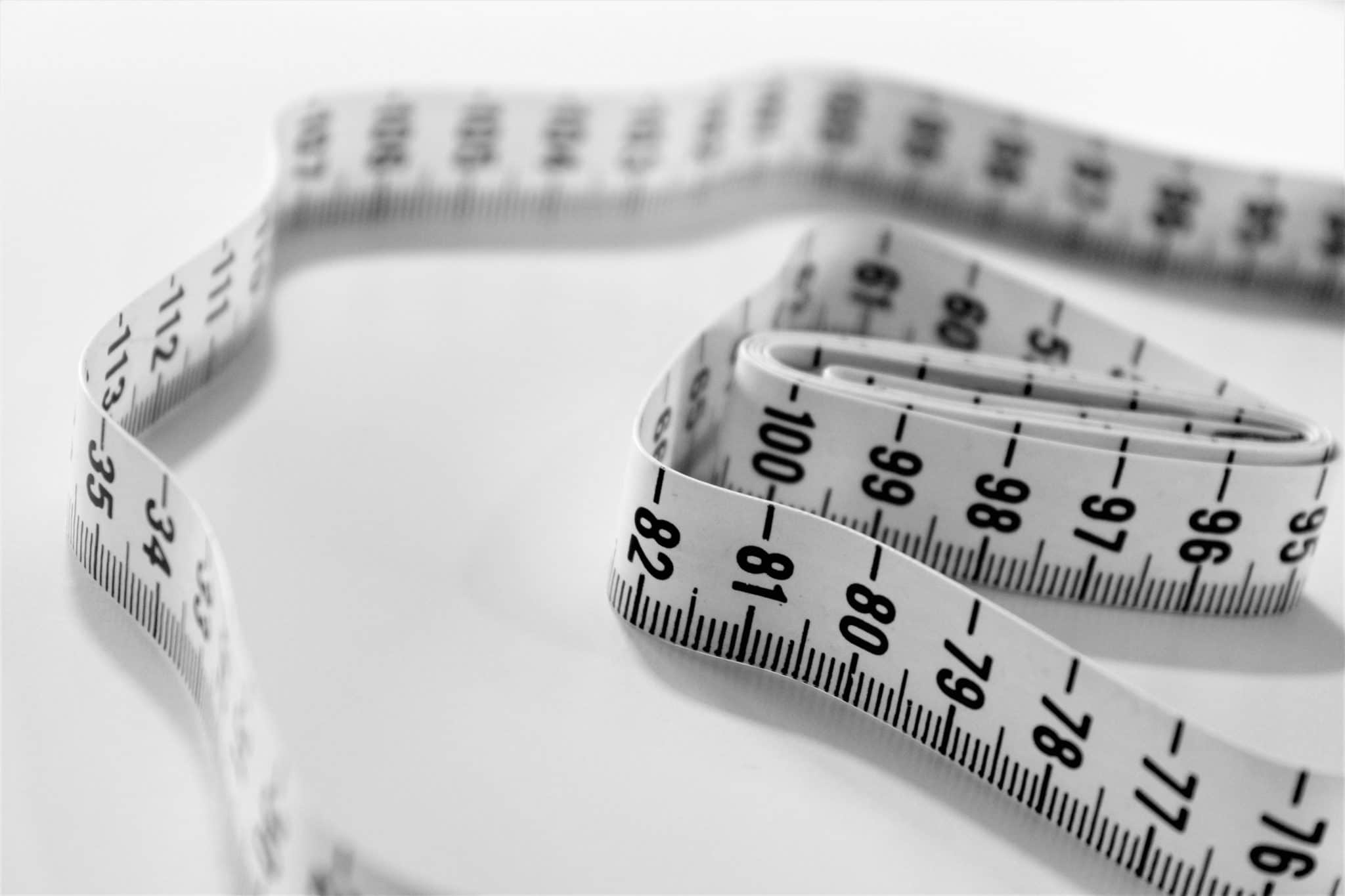 As you can see, bariatric surgery is seen as an invasive, often permanent, weight loss surgery that requires significant changes to a person’s diet and lifestyle. It is not a quick fix and it is not without serious (often life threatening) risks. This is not to discourage or shame you from wanting to go down this road, but I do believe that knowledge is power and it’s important to understand everything involved before embarking on such a huge life change. Now that you have a comprehensive understanding of common weight loss surgeries and the strategies for preparing and recovering after surgery, be sure to check out part two of this post where we discuss the potential dangers and long term consequences of bariatric surgeries in more detail. 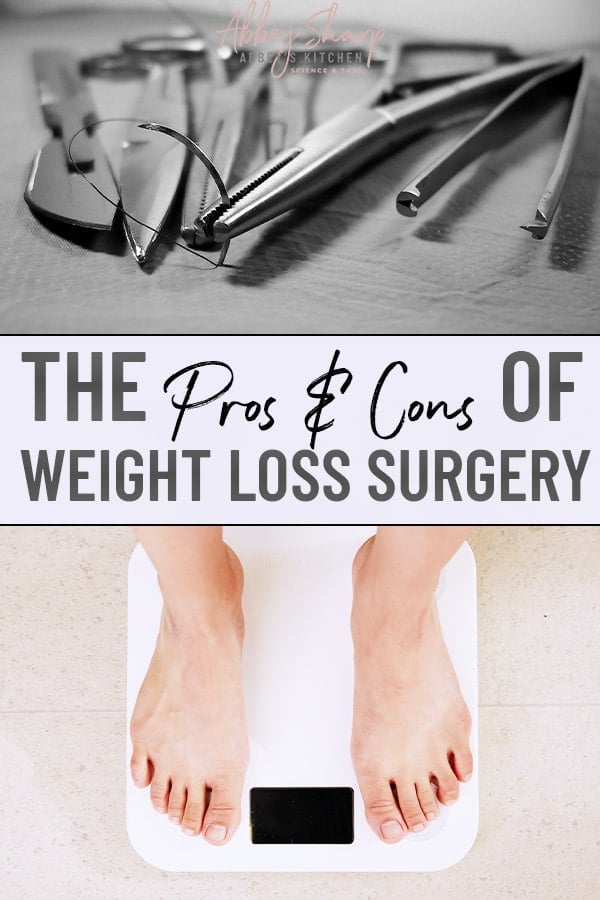 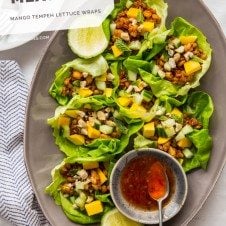 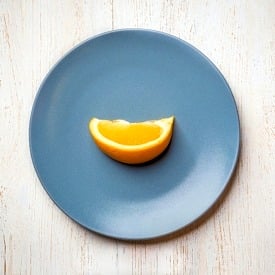 Consequences of Eating Disorders for Your Digestion and Gut Health 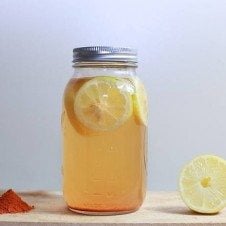 This website uses cookies to improve your experience while you navigate through the website. Out of these, the cookies that are categorized as necessary are stored on your browser as they are essential for the working of basic functionalities of the website. We also use third-party cookies that help us analyze and understand how you use this website. These cookies will be stored in your browser only with your consent. You also have the option to opt-out of these cookies. But opting out of some of these cookies may affect your browsing experience.
Necessary Always Enabled
Necessary cookies are absolutely essential for the website to function properly. This category only includes cookies that ensures basic functionalities and security features of the website. These cookies do not store any personal information.
Non-necessary
Any cookies that may not be particularly necessary for the website to function and is used specifically to collect user personal data via analytics, ads, other embedded contents are termed as non-necessary cookies. It is mandatory to procure user consent prior to running these cookies on your website.
SAVE & ACCEPT
11 shares