These Vegan Cinnamon Bun Chewy Granola Bars are the perfect Healthy Gluten Free and Plant Based Snack to help get you through the 3 PM energy dip. 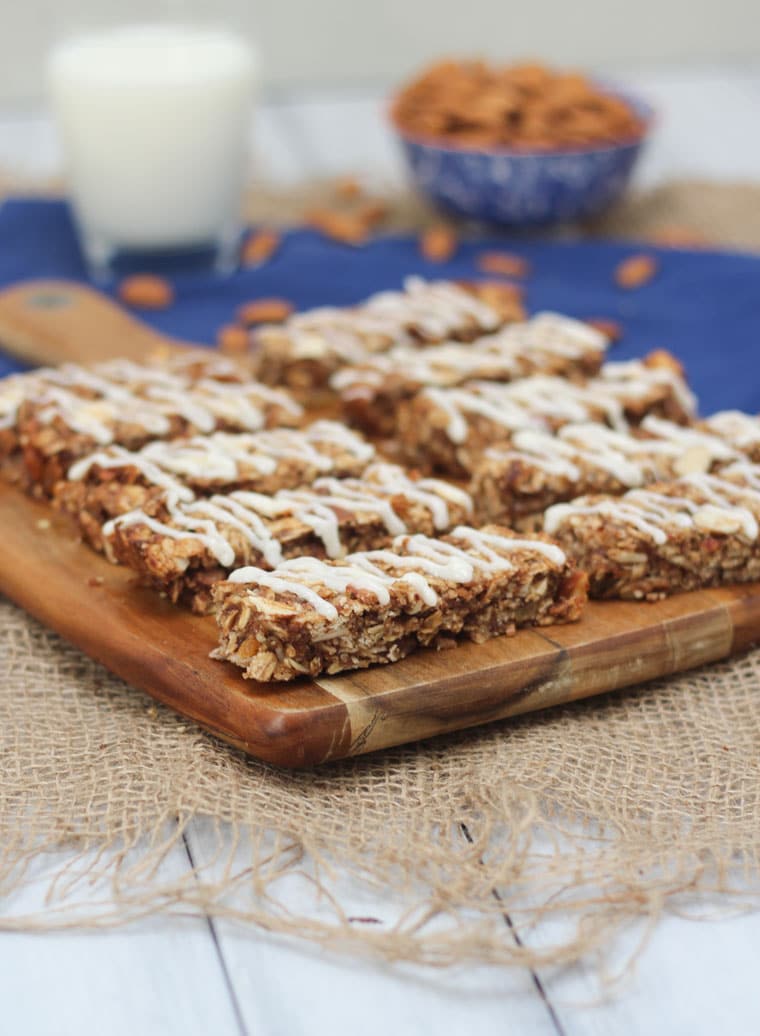 So I’m officially in my second trimester and I’m snacking up a storm. Honestly, we can’t keep enough snacks in the house to quell my snacking desires.  And while I may use the pregnant card to justify my insatiable appetite, the reality is I’ve always been a snack queen.

While I do think there are now a ton of healthy bars on the market that have real, amazing ingredients, I sometimes also like to make my own so I can have it just right. And since my eternal guilt-free pleasure is cinnamon buns, I decided to pack all of those cinnamon-y, cream cheese-frostingy, mind blowing flavours into a healthy gluten free and plant based snack. Say hello to my Vegan Cinnamon Bun Chewy Granola Bars, the only snack you’ll ever need again. 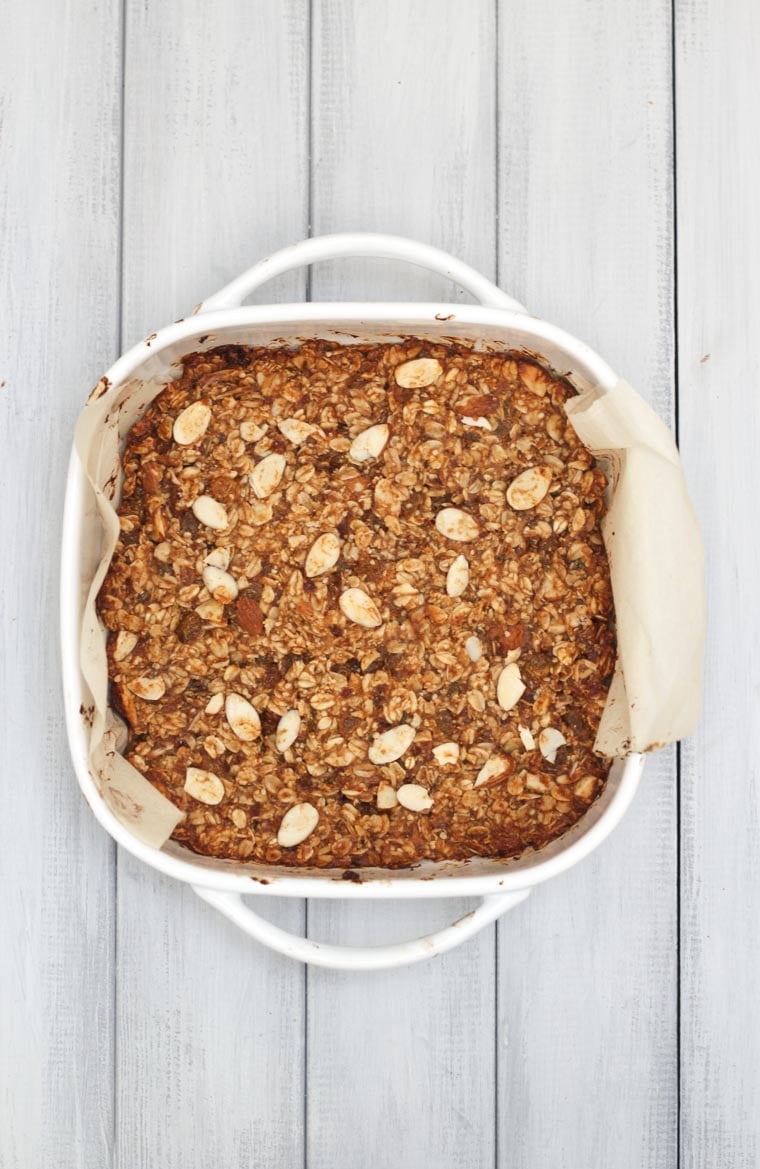 So let’s start with the base of these Vegan Cinnamon Bun Chewy Granola Bars before moving onto the crowning glory. I start with a combination of some super sticky dates, natural almond butter, banana and maple to get the sweet sticky “caramel” like feels going. Then I mix in a ton of gluten free oats, almonds of all varieties and some chewy raisins for good measure. I LOVE the raisin addition but if you’re not #teamraisins then by all means, you can leave them out and just add more nuts. 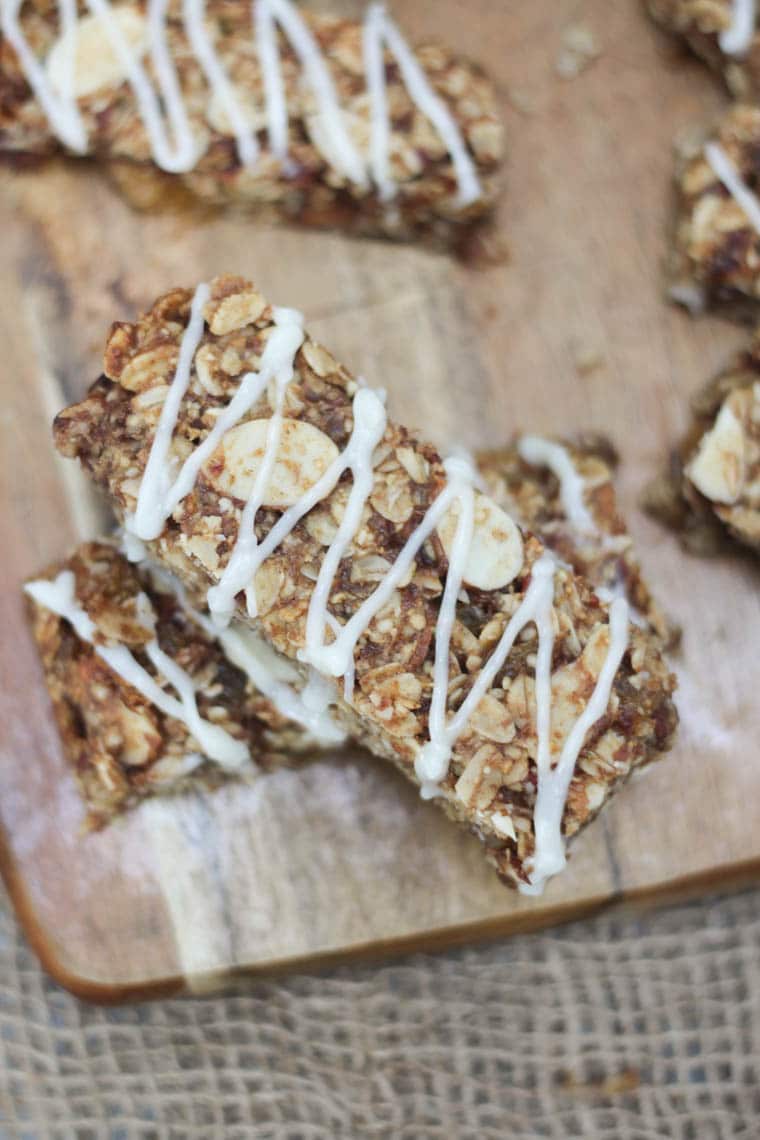 I also like to use a combination of sliced almonds and chopped almonds in my Vegan Cinnamon Bun Chewy Granola Bars so that I can get a little more textural contrast in the bars, but again, if you don’t already have a bag of almonds lying around, you can do one or the other to save money and hassle. 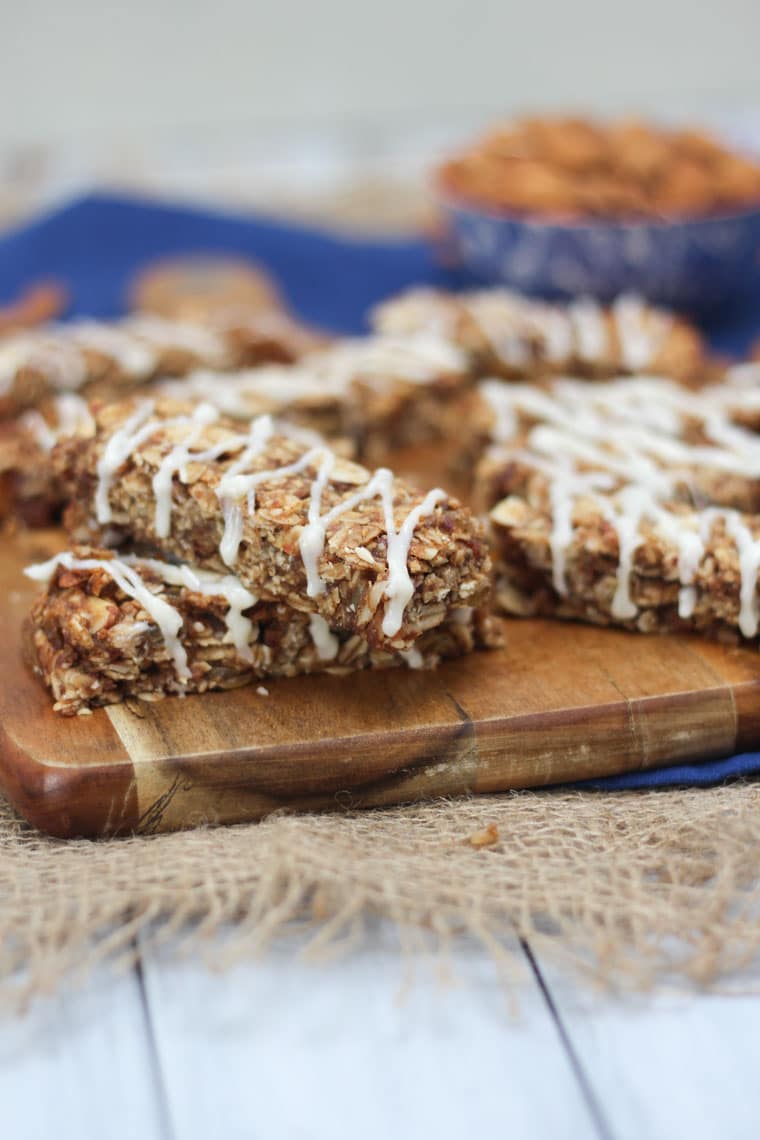 Now these babies are CHEWY bars, not hard, break your teeth off bars. In fact, everyone who has sampled them, loved them to bits when compared with typical store-bought bars. But if you want to make them harder, you can add a bit more oats and bake them for an extra 10 – 15 minutes. 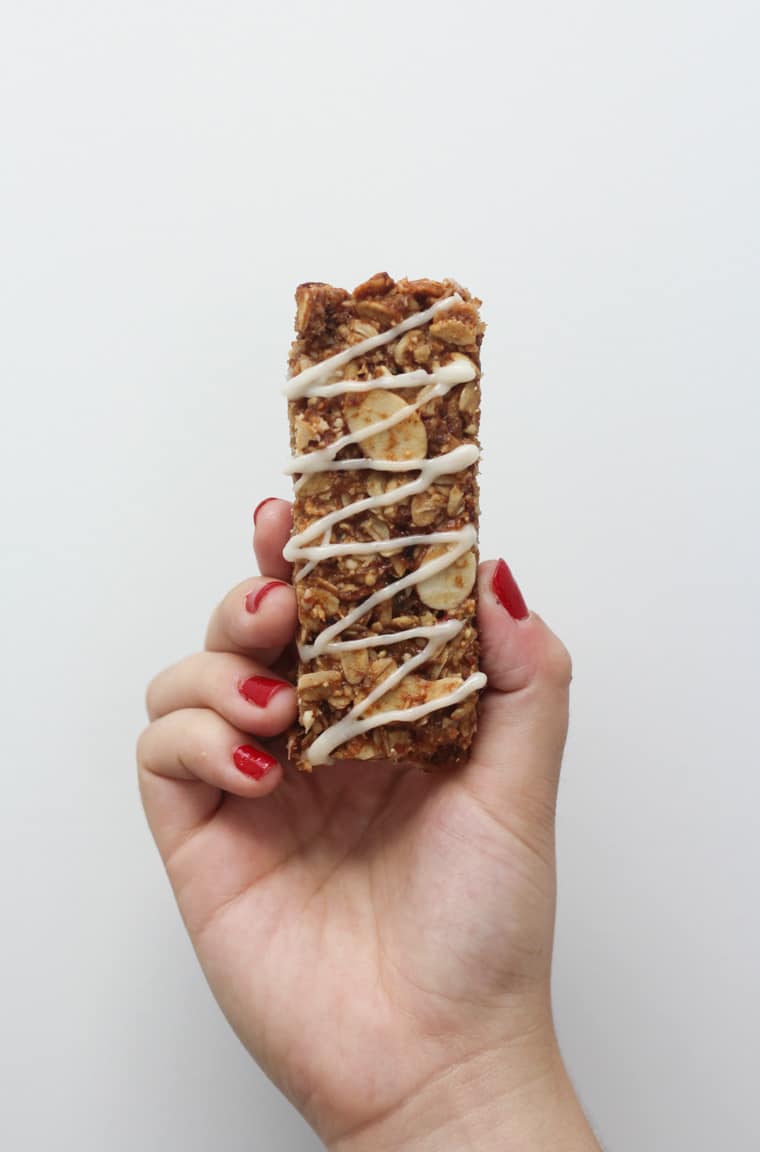 Okay, so now that we’ve got the base of my Vegan Cinnamon Bun Granola Bars rocking away in the oven, let’s talk about the best part- the cream cheese drizzle. OMG. I don’t care WHO you are or where you can from, you CANNOT have cinnamon buns without cream cheese frosting. This is a vegan cream cheese drizzle since I used vegan cheese, but if you’re not plant-based you can totally just use regular cream cheese OR omit the drizzle all together. Either way, they’re amazingly tasty bars. Also, the recipe makes more cheese than you’ll need so that you’ve got extra to just squirt in your mouth. You’re welcome. 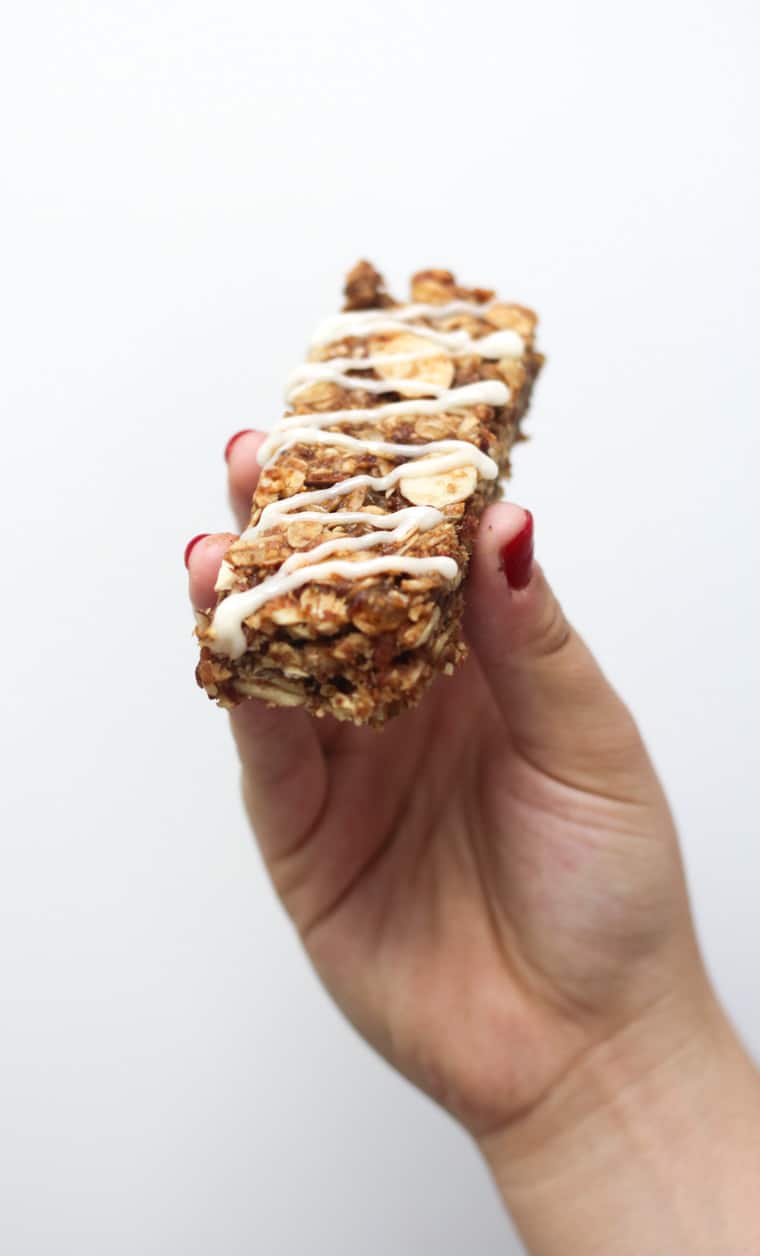 So I want to know, if you had a dessert flavor combination that you ADORED and wanted to be made into a better for you snack, what would it be? 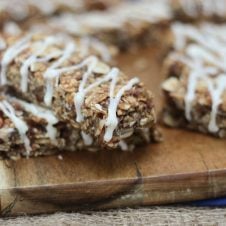 Calories: 260kcal
Tried this Recipe? Pin it for Later!Mention @AbbeysKitchen or tag #abbeyskitchen! 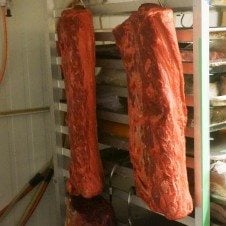 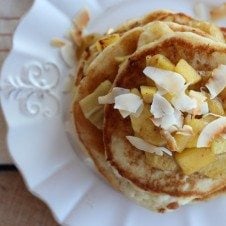 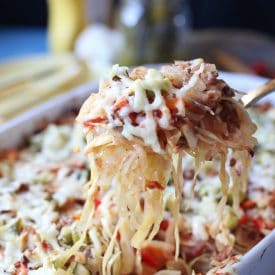 This website uses cookies to improve your experience while you navigate through the website. Out of these, the cookies that are categorized as necessary are stored on your browser as they are essential for the working of basic functionalities of the website. We also use third-party cookies that help us analyze and understand how you use this website. These cookies will be stored in your browser only with your consent. You also have the option to opt-out of these cookies. But opting out of some of these cookies may affect your browsing experience.
Necessary Always Enabled
Necessary cookies are absolutely essential for the website to function properly. This category only includes cookies that ensures basic functionalities and security features of the website. These cookies do not store any personal information.
Non-necessary
Any cookies that may not be particularly necessary for the website to function and is used specifically to collect user personal data via analytics, ads, other embedded contents are termed as non-necessary cookies. It is mandatory to procure user consent prior to running these cookies on your website.
SAVE & ACCEPT
897 shares