We dive into the research investigating the question: Does Going Gluten Free During Pregnancy Reduce Babyâ€™s Celiac Disease Risk?

Maybe you heard it from a friend, an aunt, or even your lovely neighbour that going gluten free has done wonders for their health. From weight loss to skin care, many people have claimed that cutting gluten out of their lives have solved all of their life problems. While I canâ€™t confirm some of these miraculous successes, I do know that for many people (1 in 100 to be exact) suffering from celiac disease, cutting gluten out of their diet has significantly improved their health.

First of all, what is gluten? May sound like a no brainer, but for some, itâ€™s not a clear answer. This was evident in the viral Jimmy Kimmel video here.

Gluten is a protein found in grains such as wheat, rye and barley – so a â€œgluten free dietâ€ means completely cutting out foods that contain these ingredients like breads, pastas, crackers and so on. You know weâ€™ve discussed this at length in our posts here.

What is Celiac Disease?

Basically, with celiac disease, the immune system attacks its own small intestine after eating gluten. The small intestine is an area of major nutrient absorption – so as you can guess, when it becomes damaged, nutrients donâ€™t absorb as well. Â Over time this can lead to malnutrition and is linked to a whole basket case of other health problems – from Type 1 diabetes to infertility to decreased bone density. Some serious stuff!

What about gluten-sensitivity? Â Is it real?

Â On the other hand, there are individuals who do not have celiac disease per se, but report indigestion, bloating and cramping after eating gluten. Though there is simply not enough research to establish gluten sensitivity as a widespread medical condition (read a previous post on this here), what is true is that thereâ€™s a growing amount of people who simply choose not to eat gluten and report feeling much better. Â As there are new studies emerging on this topic every day (who knows what we may uncover about gluten-sensitivity?), weâ€™ll have to hang tight and see.

Now that we have some background information covered – letâ€™s jump into the meaty part of todayâ€™s post: does a gluten free pregnancy reduce your babyâ€™s risk of developing celiac disease?

With the complexity of our digestive system and the controversy around â€œto be or not to be gluten freeâ€, it was only a matter of time before researchers started focusing on a new target population: pregnant women. This raises the million-dollar question: Does Going Gluten Free During Pregnancy Reduce Babyâ€™s Celiac Disease Risk?

Well, a few months ago, researchers in Denmark got a bit of media attention by studying mice to see if a gluten free pregnancy would lower the risk of celiac disease in their babies. They compared two groups of pregnant mice: one on a gluten free diet, and one on a regular diet. After they gave birth, ALL new baby mice were fed a regular diet with gluten until 4 or 13 weeks.

What did they find?

Overall, the babies of gluten free pregnancies had lower chances of developing celiac disease, compared to their gluten counterparts. Then, interestingly, all baby miceâ€™s risk decreased with their age, regardless of a gluten free pregnancy or not.

What this means is there are multiple possibilities:

Possibility #1: A gluten free diet during pregnancy, then exposure to gluten after birth, lowered the risk.

Possibility #3: There are other factors that lower the risk over time, such as regular development of babeâ€™s immune system. Does gluten even have anything to do with it?

As you can see, though this study finds a potential link between gluten free and lowered risk of celiac disease, there are so many external factors to consider before yelling at all pregnant mothers to cut out gluten. First and foremost, these are mice, not people! Â We are different mammals with different biological mechanisms. Itâ€™s very dangerous to take results of a mouse trial and extrapolate human recommendations based on them. Secondly, this study shows a mere association. Weâ€™d be blowing it totally out of proportion if we interpreted these results as a cause-and-effect relationship. Finally, the mother mice in this study also had Type 1 diabetes, a disease that is linked to celiac disease, so momâ€™s pre-existing condition are another big factor to consider.

The TEDDY study in 2015 also dove into this, and I must say with a little more credibility as it involves…drumroll…humans! They specifically looked at gluten during late pregnancy, and the study was internationally conducted across the US and Western Europe.

What did they find?

They found no link between pregnant motherâ€™s gluten intake during late pregnancy, and the development of celiac disease in their children. However, this was an observational study, meaning that the researchers couldnâ€™t control other factors that may have impacted the results (and there are many), as they wouldâ€™ve been able to in a laboratory setting.

So does a gluten free diet during pregnancy impact your childâ€™s risk of developing celiac disease? Â For now, the juryâ€™s still out. To date, there is no comprehensive study that can give us strong proof of a relationship between the two. Whatâ€™s exciting though is the possibility of discovering more, as larger scale studies with more controlled measures will be conducted, weâ€™ll be able to make more evidence-based statements on this topic.

Â Other Health Benefits of a Gluten Free Diet during Pregnancy?

Â Interestingly, there are some mice trials once again that show a gluten free diet may reduce the incidence of Type 1 diabetes in offspring. Itâ€™s super important to remember these are mice trials, so if you donâ€™t have celiac disease, please donâ€™t start cutting out gluten if youâ€™re pregnant. By eliminating certain foods without carefully planning with a dietitian, you may be going on a diet without realizing (read about dangers of dieting during pregnancy here).

Â For mamas-to-be with celiac disease, I can confidently say, a gluten free pregnancy carries significant benefits for you and yourÂ  baby. Youâ€™ve probably felt the horrible symptoms of eating gluten if you have celiac disease, but have survived to tell the tale, right? Â When youâ€™re pregnant, this is when celiac disease can become very, very serious. Studies show that preterm babies and low birth weights are more common in mothers with celiac disease who ate gluten during their pregnancies, and the number of low birth weight babies dropped from 29.4% down to 0% in celiac mothers followed their gluten free diet (and see here). Â Furthermore, when these mothers went gluten free, their breastfeeding duration increased by 2.38x. Low birth weights and preterm babies are pretty serious, so the Journal of Obstetrics and Gynaecology Canada considers celiac disease pregnancies to be high-risk, and recommends increased monitoring with your healthcare professionals.

We know introducing peanuts early can reduce the risk of allergy, so you may be wondering if the same goes for gluten. Previous studies suggest that breastfeeding has a protective effect against developing celiac disease. The timing of introducing gluten is also important, as this 2012 review Â found that babies who were introduced to gluten at 6 months had a lower risk than 4 months, and babies who were introduced large amounts at once later developed celiac disease. Â We must note that weâ€™re unsure if this â€œprotective effectâ€ persisted throughout their lives, or if the celiac disease diagnosis was just delayed. Most of these studies only covered the first 2 years of the babesâ€™ lives so unclear whether they developed it later.

AND, as with all research, thereâ€™s constantly new studies popping up that challenges old conventions. Donâ€™t you just love science? Â In , there was an update on this topic based on newer, more high-quality evidence, challenging some major beliefs based on the previous review. They found that breastfeeding and the timing of gluten introduction actually have no effect, although they confirmed that consuming large amounts of gluten during introduction did increase the risk. Another team of researchers reviewed the most up-to-date evidence and found the same results.

Thereâ€™s so much research on this disease, with some studies branching into other factors during pregnancy like antibiotics, iron and vitamin D. Â Letâ€™s jump into it.

Our gut bacteria is all the craze right now. Essentially, itâ€™s the bacteria in the digestive tract that is linked to the immune system and thus many chronic diseases. Its development starts in the pregnancy phase, and antibiotics at this time can influence the microbiota development in the baby. Based on this knowledge, this study investigated whether or not antibiotics affected celiac disease in babies.

The Verdict on Going Gluten Free During Pregnancy

My job is to put on my critical thinking glasses to analyze the current evidence and give you the most informed recommendations. Obviously, if you have celiac disease and are managing it through a gluten free diet, continue to do so with great care – you and your babyâ€™s health need it! Â As it can be considered a high-risk pregnancy, Iâ€™m sure youâ€™ve already been advised by your healthcare practitioner to take extra precaution.

However, if you donâ€™t have celiac disease or gluten-sensitivity, I really donâ€™t suggest you start going gluten free. Unnecessarily cutting out major foods from your diet can put you at a higher risk for malnutrition, which is the exact opposite of what you want during this beautiful phase of growing a babe in you! Â Trust me, it takes a lot of energy, so the last thing you want to do is put yourself at risk because of some anti-gluten fear-mongering articles youâ€™ve read in the news.

Donâ€™t fear gluten, but know that gluten in itself isnâ€™t necessary for our health. The reason Iâ€™m warning you of unnecessarily cutting it out is because itâ€™s usually found in foods that also contain a lot of fiber and other essential vitamins and minerals. Everyoneâ€™s bodies are unique, and Iâ€™m a big believer that the absolute best diet is whatever eating pattern works for you and gives you pleasure. Everything else is just â€œgood to knowâ€ facts, recommendations that you may or may not follow based on what works for your body and lifestyle. Whether this means you enjoy bowl of gluten-filled pasta every day during your pregnancy, or not at all because you simply donâ€™t feel like it, take these research studies in stride. If youâ€™re feeling happy and healthy the way youâ€™re eating right now, why stop?

Have you experienced a gluten free pregnancy?

Did you see any benefits? 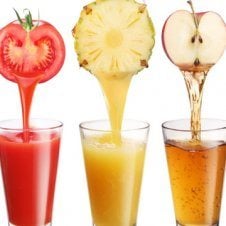 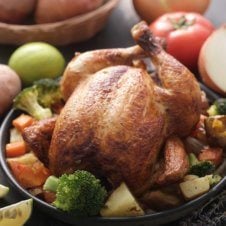 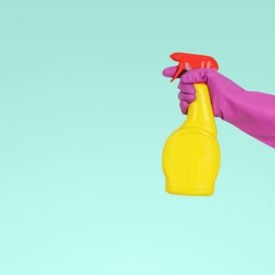