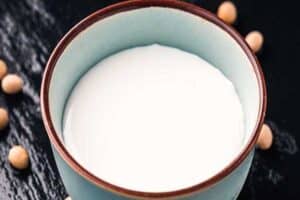 Is soy based baby formula bad for babies that are vegan or allergic to dairy? We evaluate the evidence on hormones, weight gain and reproductive health when children consume soy based products.

One of the questions I’ve consistently seen come up in my mom groups is about what kind of formula is best for babies. Currently, the majority of formulas on the market are cow’s milk based. However, with the rise in plant-based diets and cow protein allergy in infants, soy based baby formula has become a popular alternative.

While numerous health benefits of soy and other plant-based proteins have been uncovered, there is still a fair degree of suspicion regarding soy -particularly in the case of infant formulas.

So is soy formula safe for babies that are vegan and/or allergic to dairy? Let’s take a look at some possible concerns, and what the evidence has to say.

Here are some common reasons why one may choose to feed their baby soy based baby formula over cows milk formula.

When soy formula first appeared on the market in 1909, it was advertised as a way to address diarrhea in infants. Over the following years, it proved to be a good alternative for babies who had cow’s milk allergies, or for infants whose parents were vegan.

Another great use for soy formula is with children who have galactosemia, a genetic condition that prevents babies from properly metabolizing the sugar galactose. Unfortunately, lactose (the sugar in milk) is made up of galactose and glucose. Meaning that babies with galactosemia may have trouble drinking cow’s milk formula or good ole-fashioned breast milk. That’s where soy formula can swoop in to save the day, offering a full-spectrum protein source without the lactose!

Parents may also turn to soy based baby formula to address digestive issues like colic. However, a review of 12 scientific studies found insufficient evidence that switching from cow’s milk formula to soy formula was effective in reducing symptoms of colic.

Another 2013 review concluded that soy formula may help reduce colic, but may exacerbate allergies in children. This is because 10-14% of children with cow’s milk allergies are also allergic to soy. Which means that switching to soy formula may be a gamble.

Experts suggest that hydrolyzed cow’s milk formula may be a better option in these circumstances as they are processed to break apart any of the proteins that might otherwise cause allergies.

Parents may also choose soy based baby formula due to concerns over lactose in cow’s milk. It turns out, however, that there’s loads more lactose in human breast milk than cow, sheep and goat’s milk! Almost all babies are built to consume lactose, and it’s only later in life (at around 5 years of age) that many of us slow down production of lactase (the enzyme that allows us to digest lactose).

Is Soy Based Baby Formula Safe for Vegan Babies?

The controversy around soy products for babies boils down to a class of compounds in soy known as isoflavones. Isoflavones are part of a much greater class of compounds found in plants, known as flavonoids. All those articles about how chocolate, coffee and red wine are actually healthy? You can thank flavonoids for that!

Flavanoids have anti-inflammatory, anti-oxidant and even anti-microbial properties. This has garnered them a lot of attention from researchers for their potential in lowering the risk of heart disease and cancer, and isoflavones have been no exception.

Isoflavones are found in all legumes, but can be found in their highest concentration in soybeans. While the high isoflavone content of soy may be helpful in lowering the risk of chronic diseases, isoflavones have a darker side – they can act as hormone disruptors known as phytoestrogens.

Phytoestrogens are chemicals found in plants that mimic the action of estrogen in our bodies. Phytoestrogens are similar enough in shape to the “real” estrogen which makes it possible for them to bind to and activate estrogen receptors in our cells. In fact, soy isoflavones have been investigated as a means of reducing hot flashes in menopausal women, and may have a protective effect against breast cancer.

Japan leads the world for consumption of soy products, with an average intake of 58 grams per day. This translates to around 50mg of soy isoflavones daily. When it comes to the amount of soy formula fed babies, one study found that babies fed soy formula seem to be getting a dose of isoflavones that is five times higher than that of Japanese adults.

There’s still no clear indication of just what effects early-life exposure to soy isoflavones might have. A major reason scientists have yet to come to a consensus regarding the long-term safety of soy formula is that much of the research around phytoestrogen exposure in early life has been done in animals. So we must remember that whatever conclusions are drawn from animal studies may not always apply to humans.

That being said, what have animal studies shown?

A 2003 study exposed pregnant and lactating rats to isoflavones at levels comparable to those found in a human diet relatively high in soy. The researchers then measured testicular growth, sperm count and testicular gene expression in the male offspring of the soy-exposed rats. The study found no significant effects on any of those measures as a result of exposure to isoflavones.

However, another study looked at female rats given high levels of isoflavones after birth and found some potentially alarming effects. The researchers injected female baby rats with isoflavones for the first 5 days of their lives. The researchers then examined these rats as adults at 18 months, and found their uterine weight to be twice that of rats fed a normal diet during infancy.

These rats also had a significantly higher incidence of uterine cancer, and a much higher rate of oviduct abnormalities, when compared to rats not treated with isoflavones. These results are shocking, especially when you consider that the rats in this experiment were given levels of isoflavones that were comparable and proportional to those that would be ingested by a baby on soy formula.

However, its also important to note that these rats were given isoflavones via injection and not in their diet. This was also an animal study so the generalizability to humans is not clear.

In terms of human studies, a large 1965 controlled feeding study examined the effects of cow’s milk and soy formula in infants, and compared the effects on the same sample group as adults. As adults, researchers measured over 30 different health outcomes in this group – including age of puberty, menstrual history, height and weight, level of education attained, and reproductive health.

The study found that there were were no differences in any of these measures between the group who had been given soy based baby formula as babies, compared to those who had been fed cow’s milk formula. The study concluded that this large sample size provided further reassurance of the safety of soy formula.

However, women from the soy formula group reported slightly longer menstrual periods and greater discomfort. With that said, another study done on African American women, also found that women who had been fed soy formula as babies had heavier menstrual bleeding as adults.

While this large study may be reassurring, another study found that girls fed soy formula showed a higher average vaginal cell maturation index, and slower decreases in uterine volume when compared to girls fed cow’s milk formula or those who were breastfed. In other words, while their breast and uterine tissue should have started to shrink after birth, the isoflavones from soy formula slowed down this natural decrease in size.

The boys fed soy formula were found to have larger breast-bud diameter than those who were breastfed, but there was no difference when they were compared to boys on cow’s milk formula. It’s important not to over-sensationalize these findings – boys fed soy formula aren’t going to grow up needing a bra! In addition, this study lasted only 9 months, the differences seen were small, and this says nothing about permanent, long-term effects of soy during infancy.

So with all that said, is soy based baby formula bad for babies that are vegan or allergic to dairy?

The existing long-term studies in humans show that, aside from the potential for heavier periods in women, soy formula during infancy doesn’t lead to any negative consequences to health during adulthood.

Soy formula has been in use for well over a century, without any obvious health impacts. It may not be equivalent in its hormonal activity to breast milk but at this point, it does not appear to have any long term implications. The Canadian Pediatric Society recently released an article on soy formula that would be good reading for anyone still wondering about its possible risks and benefits. The organization concludes that soy formula has not been associated with any harm, or any measurable long-term health risks, but advises doctors to limit their recommendation for soy formula to infants with galactosemia, or those whose parents have religious or cultural reasons for avoiding cow’s milk.

The good news is that if you’re not comfortable with soy, there are a lot of other options on the market including goat’s milk formula, hydrolyzed formulas and donor breast milk, so choose an option that you’re comfortable with. The bottom line is, babies are exclusively fed formula for such a short period of time, and more emphasis should be on encouraging a balanced diet throughout the life cycle than fixating on this one very short period of it. 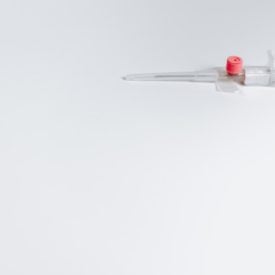 Does the HCG Diet for Weight Loss Work? | Are HCG Injections Safe? 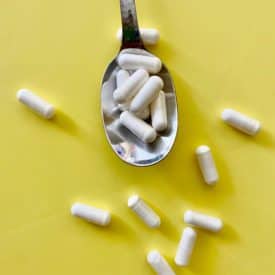 Evidence on the Best Probiotics for Weight Loss, IBS, Constipation and More 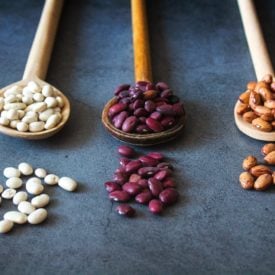 This website uses cookies to improve your experience while you navigate through the website. Out of these, the cookies that are categorized as necessary are stored on your browser as they are essential for the working of basic functionalities of the website. We also use third-party cookies that help us analyze and understand how you use this website. These cookies will be stored in your browser only with your consent. You also have the option to opt-out of these cookies. But opting out of some of these cookies may affect your browsing experience.
Necessary Always Enabled
Necessary cookies are absolutely essential for the website to function properly. This category only includes cookies that ensures basic functionalities and security features of the website. These cookies do not store any personal information.
Non-necessary
Any cookies that may not be particularly necessary for the website to function and is used specifically to collect user personal data via analytics, ads, other embedded contents are termed as non-necessary cookies. It is mandatory to procure user consent prior to running these cookies on your website.
SAVE & ACCEPT
111 shares