I discuss the research on the PCOS diet and what to eat if you want to better manage your polycystic ovary syndrome symptoms without dieting.

Thanks for joining us back for part 2 of this PCOD Diet tell all. In part 1, we covered what PCOS is, the medications for it, and the persistent notion that losing weight is the only management strategy. In this part, we will critique that perception and look at the types of foods to focus on without dieting instead.

Julie Dillon, a pretty rad RD that specializes in PCOS, makes a strong case that the more dieting attempts we do, the further away we get from managing our PCOS symptoms.

First, a little background on dieting for weight loss in general. It doesn’t work. Evidence, you ask? Along many (including the Biggest Loser studies I spoke about here), there’s a classic Finnish study that was conducted on twins that concluded that dieters were more likely to gain weight compared to non-dieters (dieting was defined as the number of times an individual intentionally lost 5kg in their lifetime). Here are a few explanations for this result:

The minute we restrict something in our diet, we become preoccupied with it and are more likely to binge on it. This theory was originally discovered in a famous 1940s study known as the Minnesota Starvation Experiment. Subjects were basically starved, then given a restricted diet and then an unrestricted diet. During the restricted diet phase, subjects became obsessed with food and during the unrestricted phase, subjects would binge which resulted in some subjects re-gaining more weight compared to their pre-study weight. You don’t need a classic study to prove that- we all do it, every time we go on a new trendy cleanse. We get hangry and we binge. 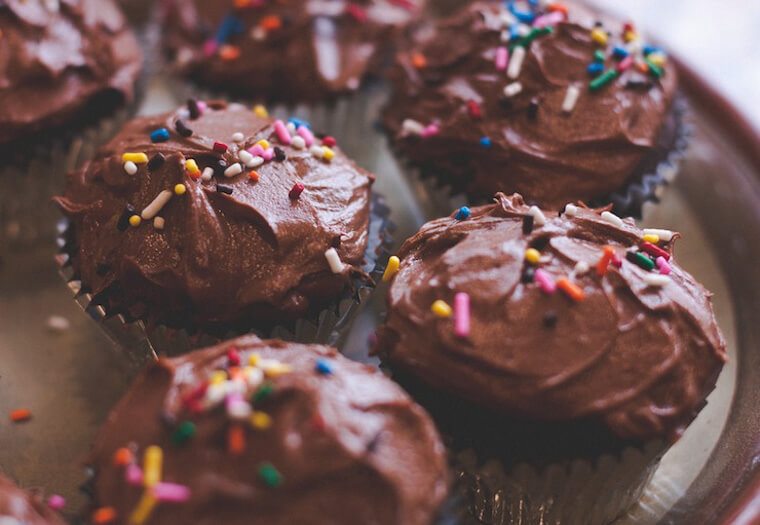 As soon as we restrict calories, our body goes into starvation mode, and our metabolism slows down, so instead of burning calories, our body tries to conserve as many calories as possible. The result? We gain weight. Not just some weight, but usually all of it right back again.

Our bodies have a happy place where they feel most comfortable- we call it homeostasis. This is called the set point theory which states that our body has a specific weight range, and no matter what we do, our body will fight to stay in that range. When we diet (to lower our body weight), our body produces hormones to make us go ga-ga over food and increase our hunger. It fights like hell to get us back to homeostasis. Sadly, we tend to gain MORE weight than we lose so set point only ever goes up.

Dillon purports that continually restricting calories promotes a state of inflammation, which spikes our insulin response. With more insulin in our body, two main things happen: a) it perpetuates the PCOS symptoms by interfering with our menstrual cycle (again), and b) we crave carbs, binge, and gain weight (aka. exactly what we were trying so hard to avoid!)

So knowing that long term weight loss is not a FEASIBLE response to any problem (and in fact, may WORSEN the condition), I wanted to look at some lifestyle to managing your PCOS symptoms.

It has been estimated that the prevalence of vitamin D deficiency in women with PCOS is close to 60-80%. Due to this statistic, there have been a handful of studies that have looked at the association between PCOS and vitamin D. Some studies have attempted to make the association that vitamin D deficiencies may cause increased insulin resistance and menstrual cycle irregularities. In a small sample size of eleven women with PCOS, a short duration of vitamin D supplementation improved insulin resistance. In another small trial study, 13 women who were deficient in vitamin D had their menstrual cycles resume when given vitamin D supplementation, and some were even able to get pregnant. However, in another study, women were given vitamin D for 6 months and there were no significant results. More research is needed to make the case for vitamin D supplementation to improve PCOS symptoms. Regardless of whether or not it has a significant impact on PCOS, according to a 2013 report by Statistics Canada, one third of Canadians are deficient in vitamin D. Some foods that are rich in vitamin D that may be great additions to your diet include salmon, cod liver oil, tuna, and fortified cheese, eggs and milk and you can also speak to your doctor about taking a supplement. 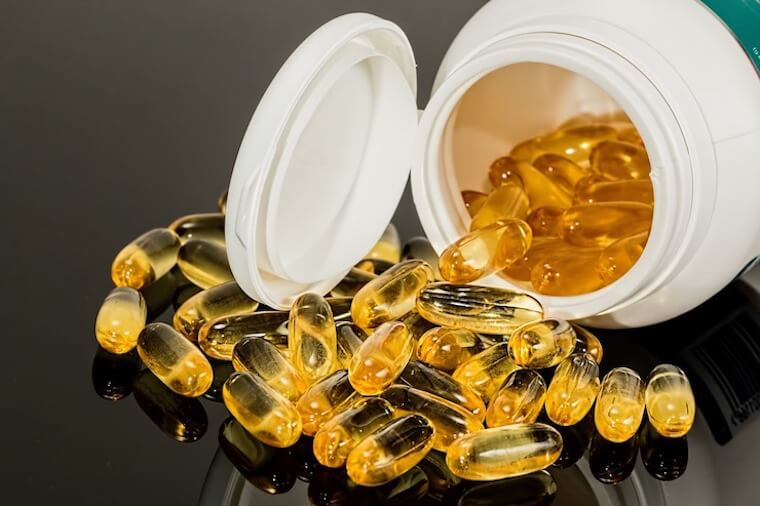 Inositol is a member of the B vitamins – it is naturally found in fruits, beans, grains and nuts and is also made by the body. Inositol acts by improving glucose metabolism, thereby requiring less insulin secretion. An RCT that involved 281 women found that those who took the inositol supplement experienced increased ovulation frequency (23%) compared to those on a placebo (13%). Individuals taking inositol also saw an increase in circulating HDL (good cholesterol) in the blood compared to the placebo group. Finally, individuals taking inositol experienced significant weight loss compared to the placebo group. Weight loss aside, the supplement does show some promise at improving ovarian function for women with PCOS so it may be worth speaking to your doctor about an appropriate dose. 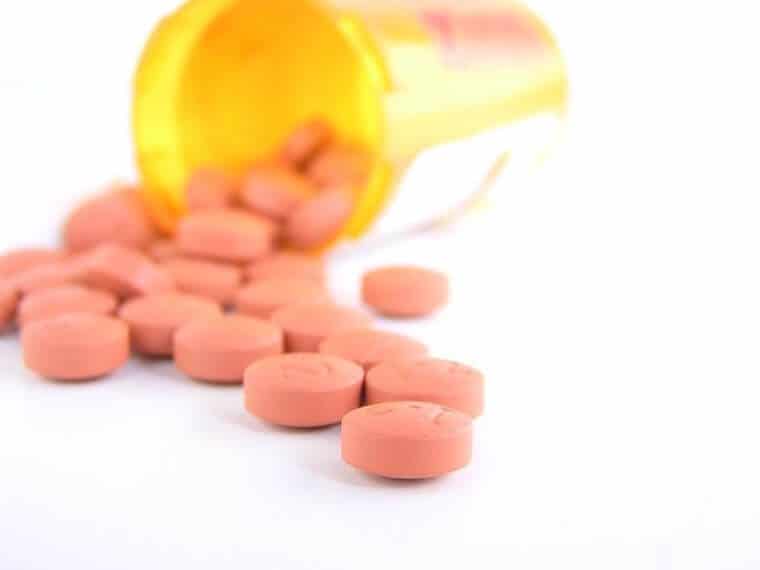 Adding lean protein, high fibre carbs and healthy fats in every meal helps keep us satiated for longer which may help you curb your cravings for refined carbs caused by soaring insulin. For example, pair that piece of bread with peanut butter or an egg to boost the protein and healthy fats.

When we let ourselves get too hungry, our blood sugars get too low, and then spike up when we finally do let ourselves eat. Restricting also sends us into a binge and restrict cycle which results in weight gain and metabolic disorders.

Get in your daily exercise

Exercise can moderate insulin levels and help us better acknowledge our hunger cues. Aim to get in at least a half hour of movement each day, and choose something you love! 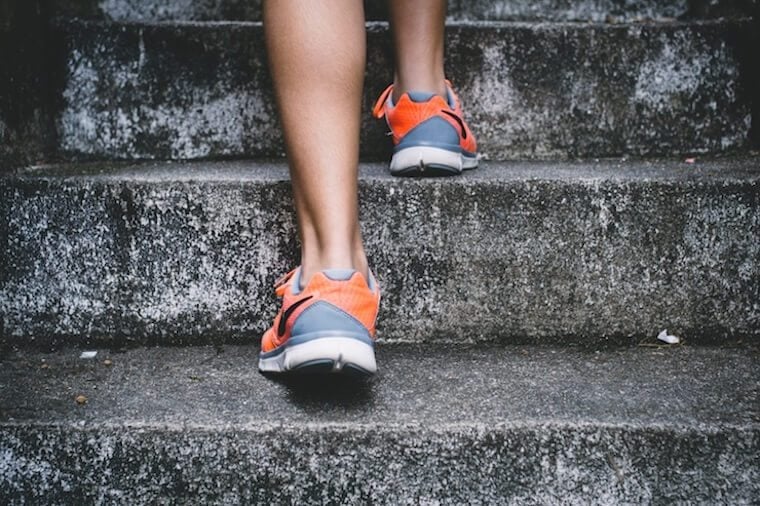 One study looked at the association between smoking, testosterone and insulin levels in women with PCOS. They found that women with PCOS that smoked had higher androgen levels and insulin resistance compared to non-smokers so put the smoke out! 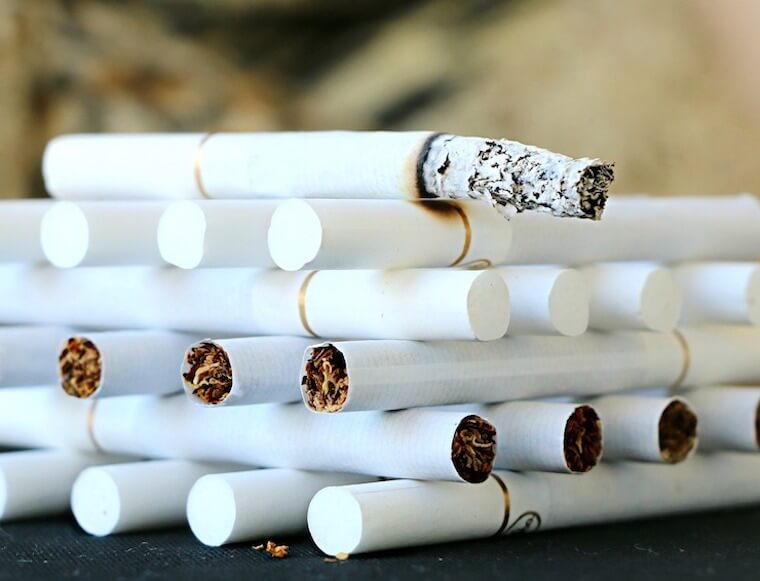 Research has shown that stress can have a serious impact on our reproductive system, causing menstrual irregularities which compromises fertility. When we get stressed, one of the many hormones we release include adrenal androgens, and as we know, some women with PCOS have an increased level of androgens in our body which contributes to those unfavorable symptoms. As mentioned earlier, women with PCOS experience higher levels of anxiety and depression, so stress management can be a key tool to manage symptoms. So find something that gives you peace in the day. Maybe it’s meditating for twenty minutes or going for a walk to clear your head.

While the research in this area is certainly controvercial, and my honest opinion is if it comes down to conventional produce or less produce in your diet, I would say conventional all the way, cutting back on pesticide and hormone exposure may be helpful. Some research suggests that excessive pesticide consumption may be linked to fertility and ovulation dysregulation, so if you’re trying to conceive, you may want to focus on at least buying the “dirty dozen” organic. That means apples, peaches, nectarines, strawberries, grapes, celery, spinach, bell peppers, cucumbers, cherry tomatoes, snap peas and potatoes. 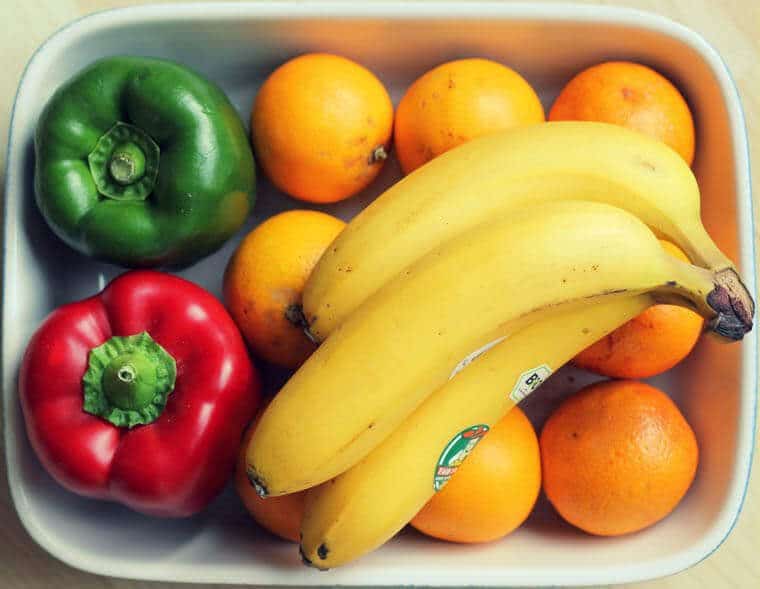 Where I’m at with my PCOS

As mentioned, I was diagnosed after coming off the pill and waiting months for my period to come back with no avail. After a bunch of tests, a fertility specialist told me I had PCOS and I assumed they made a mistake. I’m not overweight, I don’t have a hairy face, my blood sugars are perfect. I’m healthy! I had so many questions and a world of misinformation online. But alas, many weeks and meds later, and I’m still struggling to ovulate and get a period. I’m on a wack load of supplements – prenatals, inositol, vitamin D, omega 3, co Q 10, and also lots of meds.

I tried metformin. Lots of morning sickness and blood sugar lows but no period.

I tried metformin + a low dose of letrozole. Almost (I got SO excited), but nope (I cried. A lot).

Metformin + double the first dose of letrozole. Nothing except even worse GI issues.

Now I am on metformin + triple the original letrozole + dexamethasone. I’ve almost vommed more than once but I’m riding it out.

The bottom line is, PCOS is frustrating. It doesn’t make sense and it’s no ones fault. You and I haven’t done anything wrong. Nutrition is just a very small piece of the puzzle (and the PCOS diet shouldn’t be stressful), along with basic stress management and medicine. I hope you now feel like you’ve got a bit more information to help you manage your PCOS symptoms and know that weight loss isn’t the only solution. Remember that this post is in no way a replacement for treatment by a healthcare practitioner. To get tailored dietary advice that is individualized for you, speak with a registered dietitian that specializes in the management of the PCOS diet. And don’t forget to head over to Part 1 for the background scoop.

IN THE MEANTIME, I WANT TO KNOW:

HAVE YOU STRUGGLED WITH PCOS OR INFERTILITY?

WHAT ARE YOUR THOUGHTS ON LOSING WEIGHT FOR PCOS? 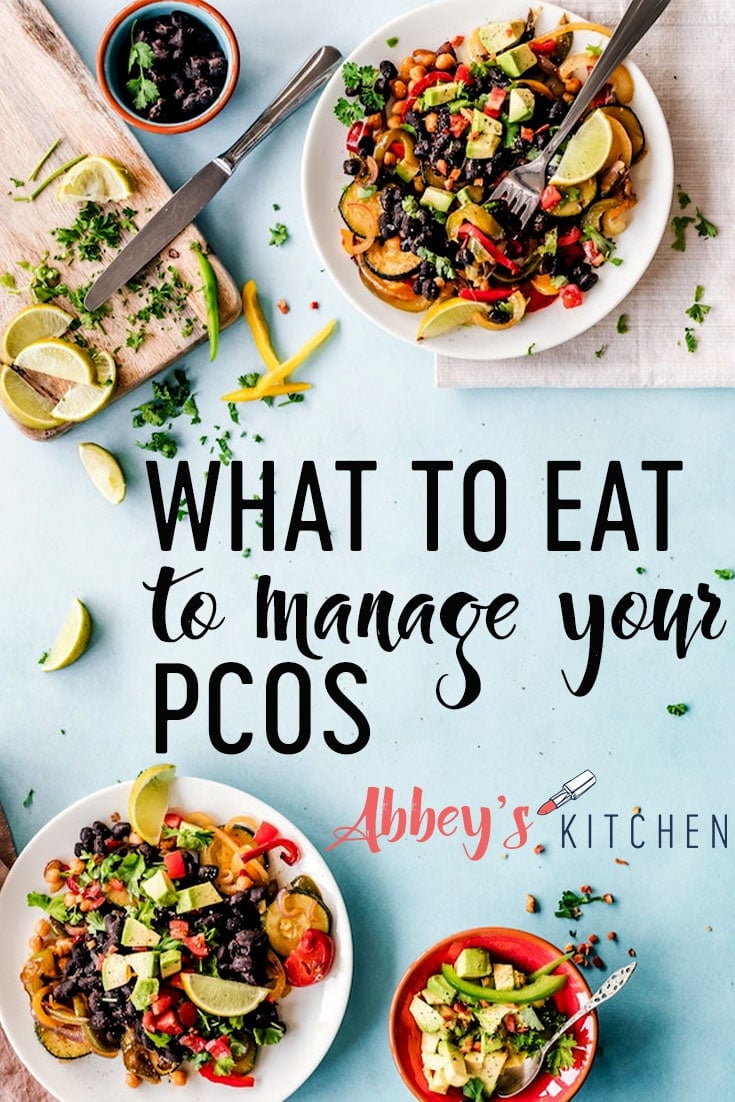 In collaboration with Sofia Tsalamlal, RD 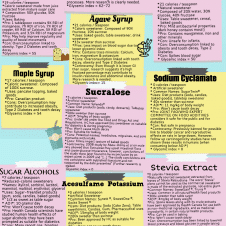 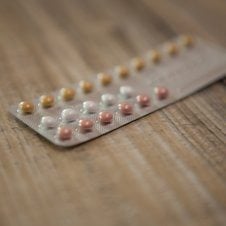 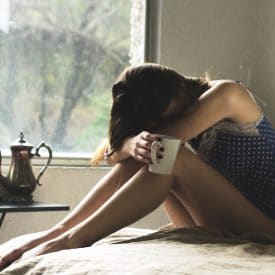 Is Breastfeeding Making You Anxious and Sad? Understanding D-MER While Nursing
Previous Post Going ALL IN to Gain Weight to Get Pregnant and Get Back Your Period with HA vs PCOS
Next Post Why the WW Kurbo App for Children & Teens Will Do More Harm Than Good

This website uses cookies to improve your experience while you navigate through the website. Out of these, the cookies that are categorized as necessary are stored on your browser as they are essential for the working of basic functionalities of the website. We also use third-party cookies that help us analyze and understand how you use this website. These cookies will be stored in your browser only with your consent. You also have the option to opt-out of these cookies. But opting out of some of these cookies may affect your browsing experience.
Necessary Always Enabled
Necessary cookies are absolutely essential for the website to function properly. This category only includes cookies that ensures basic functionalities and security features of the website. These cookies do not store any personal information.
Non-necessary
Any cookies that may not be particularly necessary for the website to function and is used specifically to collect user personal data via analytics, ads, other embedded contents are termed as non-necessary cookies. It is mandatory to procure user consent prior to running these cookies on your website.
SAVE & ACCEPT
4373 shares